The JDDB encourages the consumption of fresh milk to maintain a healthy lifestyle. While this is so, the JDDB also promotes the utilization of value added products to meet the needs of a wide cross section of consumers. The JDDB partners and supports both farmers and processors to secure the availability of a variety of products to both local and overseas markets.
Here are some categories of milk and milk derivative products that can be found on the shelves of local supermarkets:

Flavored milk or other sweetened milk is a nutrient-rich beverage that has the same nutrient profile of plain milk, but with added sugars in varying amounts and other additives such as processing aids and flavours. There are several flavoured milk options on the market in different sizes and packaging that carter to a wide cross-section of consumers. These include strawberry, eggnog, vanilla, peanut and chocolate flavoured milk. 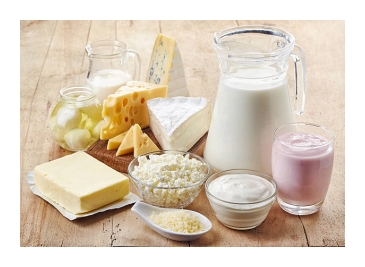 Powdered milk, also called dried milk, or milk powder, is a manufactured dairy product made by evaporating milk to dryness. One purpose of drying milk is to preserve it; milk powder has a far longer shelf life than liquid milk and does not need to be refrigerated, due to its low moisture content. Skimmed milk is made when all the milk fat is removed from whole milk.
Milk powders are used as ingredients in a range of food products, including flavoured milk, ice cream, cultured milks and yogurts, chocolate, confectionery, bakery products, soups, and sauces.

Whey is the liquid remaining after milk has been curdled and strained. It is a byproduct of the manufacture of cheese or casein and has several commercial uses. Sweet whey is a by-product resulting from the manufacture of rennet types of hard cheese, like cheddar or Swiss cheese.
Whey protein is a mixture of proteins isolated from whey, which is the liquid part of milk that separates during cheese production. Milk actually contains two main types of protein: casein (80%) and whey (20%). Whey is found in the watery portion of milk.
Whey protein powder is commonly used for improving athletic performance and increasing strength and its available on our local market.

Cultured Dairy is a milk product resulting from the souring of skimmed or partially skimmed milk by the addition of a culture of lactic acid bacteria.
The special bacteria added to regular milk to make fermented milk, breaks down milk proteins and milk sugar (lactose). This helps in the better digestion of milk, especially those with allergies to milk protein or those who are lactose intolerant.
Cultured dairy foods enjoy a long and vibrant history.  In every society that historically consumed dairy foods, cultured yogurt and other probiotic dairy foods earned a much-loved and much-respected place in the indigenous diets.
There are many types of Cultured Dairy products available in our local supermarkets today. Let’s look at them briefly:

This is a dairy product obtained by fermenting regular cream with lactic acid bacteria that sours and thickens the cream. It may also contain stabilizers, like gelatin or rennin, which aid in the thickening.
It is used for making creamy savoury dishes, in sandwiches, salad dressings and baked products. 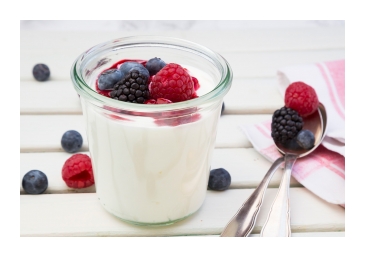 This is fermented milk—milk that's heated and mixed with two types of live bacteria, Lactobacillus bulgaricus and Streptococcus thermophilus. By the way, this is good bacteria, the probiotic kind that keeps our gut healthy.
Yogurt is consumed in a variety of ways, including Greek yogurt, drinkable yogurt, and frozen yogurt. It can be enjoyed plain or adding fresh fruits and granola nuts.
It is commonly consumed by persons who are lactose intolerant, to decrease high levels of cholesterol, relieve constipation and yeast infections and for overall importance of digestive health.

Kefir is a fermented milk drink similar to a thin yogurt that is made from kefir grains; a specific type of mesophilic (moderate temperature) symbiotic culture. The drink originated from Eastern Europe and Russia, where it is prepared by inoculating cow, goat, or sheep milk with kefir grains and leaving it to ferment. These grains are cauliflower-shaped clumps made up of a complex combination of bacteria, yeast, milk proteins, and complex sugars. Kefir can be consumed plain or flavoured and can also be used as a base for smoothies. 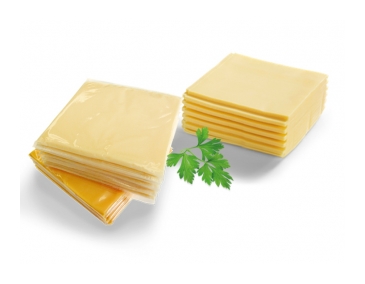 Cheese is made by curdling milk. In production, after milk is poured into vats, a “starter culture” of bacteria is added to convert the lactose into lactic acid. Then an enzyme called rennet is added to curdle the milk.
There are cottage industries in Jamaica that manufacture a wide variety of gourmet cheese adding signature flavors to captivate taste buds.
Cheese can be consumed by both toddlers to seniors in a wide array of dishes to include with pastas, crackers, bread, pizzas among others.

Ice Cream is a colloidal emulsion made from dairy milk or cream, milk fat, milk protein and is flavoured with a sweetener, either sugar or an alternative and any spice such as cocoa or vanilla. It is a frozen food typically eaten as a snack or dessert and it is a common value added feature in Jamaica’s dairy industry that is loved by individuals both young and senior citizens. There are several producers of Ice Cream in Jamaica and it is sold is many flavours, sizes and variations to include fudge sticks and ice cream cakes.

Butter Milk is made from pasteurized or fermented Skim milk. It is the remaining liquid after churning butter out of cultured cream. The churning process separates the butterfat (the solids) from the buttermilk (the liquid).
Buttermilk has a tangy flavor and thicker consistency than milk and is commonly used to make biscuits, pancakes, waffles, muffins, and cakes. Buttermilk gives baked goods a light, moist, flaky   and tender texture.
The butter we often see in the supermarkets is also derived from this process. 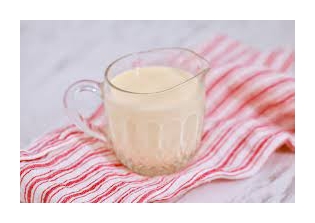 Evaporated Milk
Evaporated milk is made from cow's milk and has a thick, creamy texture. It is known in some countries as "unsweetened condensed milk", where about 60% of the water has been removed from fresh milk. It differs from sweetened condensed milk, which contains added sugar. The flavor is rich, caramelized, and slightly sweet. Although it is safe to drink on its own, evaporated milk is often used as an ingredient in recipes.